Public Forum regarding the redevelopment of Meadowbrook School site

Please come out to support Meadowbrook Civic League’s stance against too much density at the Meadowbrook School site.  The City is holding a “Community Input Opportunity” on February 19, 2014 at 7pm at the Church of the Good Shepherd, 7400 Hampton Boulevard. 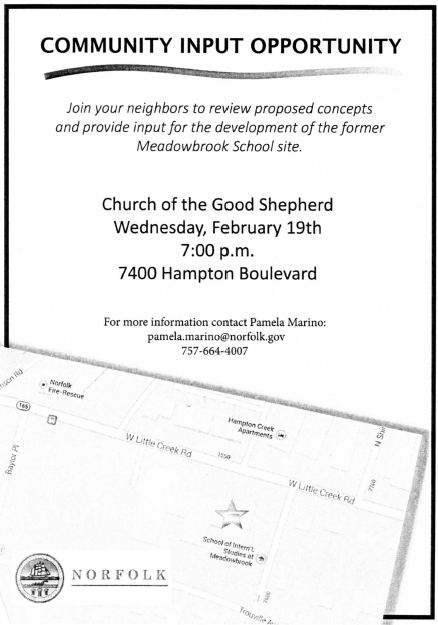 This entry was posted on Thursday, February 13th, 2014 at 6:52 pm and is filed under economic development, Wards Corner Now. You can follow any responses to this entry through the RSS 2.0 feed. Both comments and pings are currently closed.