A press conference was held today, March 16, 2012 at 1:30PM in the parking lot in front of the old People’s location in the Midtown Shopping Center (northeast corner of Wards Corner).  There, acting Department of Development Director, Chuck Rigney announced Joan Dalis’ plans to spend more than 1 million dollars on a new facade and a redone parking lot, to include new lighting.  Some photos from the press conference are below.  This post will be updated with official images when they are received from the Department of Development.

Chuck Rigney, Acting Director of Development, introducing the Dalis and Martone families in attendance as well as City Council members 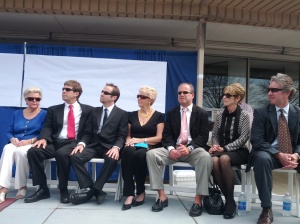 Joan Dalis (left) and the Dalis and Martone family members 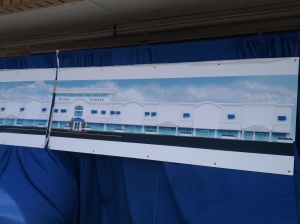 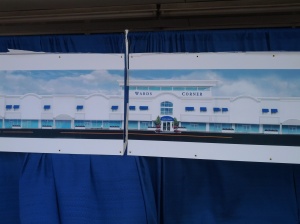 This entry was posted on Friday, March 16th, 2012 at 2:28 pm and is filed under economic development, Wards Corner Business District. You can follow any responses to this entry through the RSS 2.0 feed. Both comments and pings are currently closed.