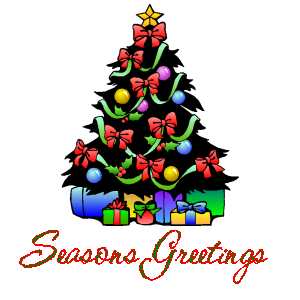 Suburban Management Group will be hosting a holiday event at K&K Square Shopping Center on December 21st from 12 noon to 3 pm.

There will be a Santa touring the property and visiting with the patrons and tenants.

In addition, a Dickens-attired holiday vocal quartet will be walking the property. The management group will also have a table set up at Starbucks to pass out coffee and cocoa to the community.

Harris Teeter plans and design to be unveiled

Chris Perry, on behalf of Suburban Land Management, will be attending civic league meetings in Wards Corner, Talbot Park, and Suburban Acres in February to unveil his plans and design for a brand new Harris Teeter anchored shopping center at the southeast corner of Wards Corner.

The following meetings are open to the public to view the plans:

Comments Off on Harris Teeter plans and design to be unveiled |

The following is an article written by Kevin Janney and printed in the January edition of the Suburban (PDF), the Suburban Acres Civic League newsletter: 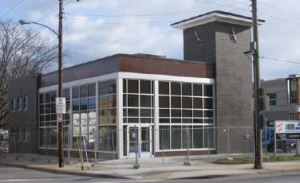 Langley Federal Credit Union plans to open its new Wards Corner branch at the corner of Granby Street and Louisiana Drive by the end of March. Of the six full time employees projected to staff the branch, five of those will be new hires, according to LFCU spokesperson Susan Thrash. “We have been looking for a good location in Norfolk and we took advantage of this opportunity. This location will serve current members, and help us grow on the Southside,” said Thrash. LFCU was established in 1936 and has more than 175,000 members and $1.5 billion in assets.

According to Thrash, LFCU’s Director of Research and Communications, the convenient location and highly recognizable Wards Corner area contributed to the site’s selection, as well as the fact that the building had been
built as a bank, which helped with renovation complexity and cost. The Granby Street location will be LFCU’s
second Southside branch, the other located at Chesapeake Crossroads on Portsmouth Boulevard. LFCU has
sixteen other branches on the Peninsula.

The 7420 Granby Street site is a former Life Savings Bank of Norfolk branch, and was built in the early 1950’s according to M. B. “Mike” Mausteller Jr., Senior Vice President of Harvey Lindsay Commercial Real Estate. The Wards Corner location and nine other Life Savings Bank branches reopened as Branch Banking & Trust Company (BB&T) bank branches after the two organizations merged in October 2003. BB&T closed the branch a couple of years ago in an effort to consolidate area branches. Mausteller says the brick and masonry building “is extremely well built” and anticipates
LFCU will do well at the site because “the Wards Corner area is populated by a lot of loyal customers who enjoy doing business in the local area.”

Yesterday [10/27/09] around noon time there was an attempted burglary at 223 Glen Echo Drive.  The Police were very quick in their response to the alarm company alert.  Residents were not at home.  The would be robbers attempted to kick in the back door.  No further details available at this time.