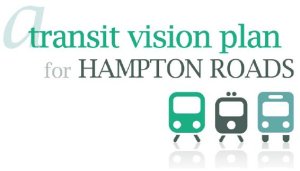 According to the Plan, after extending The Tide light rail system to the oceanfront, the next step is to extend light rail from Newtown Rd, to the airport, through Wards Corner, and on to the Naval Base.

The three closest proposed stations are located at Tidewater Drive, at Wards Corner, and on Torgerson Road (Meredith St near Terminal Blvd).  The Vision further suggests that the following steps be taken:

Update the Comprehensive Plan to include policies to specifically support Norfolk’s transit initiatives, including those along this corridor; and

Encourage moderate density residential development along this corridor.  Use existing policies and apply zoning designations used in other areas to achieve desired results.

Light rail is an extremely important issue to Wards Corner and Wards Corner Now will continue to track this issue.    Any redevelopment that is done now needs to be done with future light rail connections in mind.  Review the report yourself:  Transit Vision Plan for Hampton Roads.