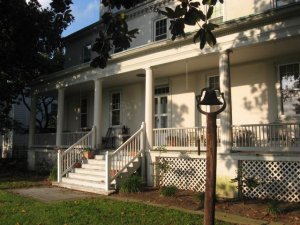 Thank you to Cathy Lewis for alerting us to the following update from the Episcopal Diocese of Southern Virginia regarding the Talbot Hall property.

Mr. Sawyer reiterated Bishop Hollerith’s statement:  “If there’s an idea out there that will allow us to carry out our mission in a responsible way while continuing to make the property available to our parishes, the neighborhood and others, we’re committed to finding it.”

The committee has already received a number of thoughtful ideas and invites additional ideas through October 25, 2010.  Proposed concepts for the Talbot Hall property should detailed, measurable and specific and contain a sustaining funding source.  A written proposal of not more than 3 pages is sufficient at this time. Proposals should be sent to the attention of Caroline Black at the diocesan offices at 600 Talbot Hall Road, Norfolk, vA  23505.

The task force also plans to seek input from a variety of external professional resources and will update its progress throughout the process on this site.

The task force will work through the end of 2010 evaluating ideas coming forward from the community.  It will then recommend viable proposals to the Diocesan Property Committee which will make a recommendation to the Executive Board of the diocese.

The task force is chaired by The Rev. Dr. Stanley W. Sawyer, Rector of All Saints’ Episcopal Church.

Members of the task force are:

This entry was posted on Tuesday, September 28th, 2010 at 10:08 am and is filed under Uncategorized. You can follow any responses to this entry through the RSS 2.0 feed. Both comments and pings are currently closed.